Defense Attorney Robin Lockwood makes her sixth outing in Phillip Margolin’s Murder at Black Oaks is an atmospheric murder mystery that starts with the trial of a man wrongly convicted of murder. Thirty years later, the prosecutor who got the conviction, knowing an innocent man was put behind bars, hires Robin Lockwood to set him free. But of course, it doesn’t end there because no sooner has Robin achieved this goal than her employer, retired District Attorney Francis Hardy, gets himself murdered under baffling circumstances.

I wanted to like Murder at Black Oaks. I really did. A creepy mansion cut off from civilization during a storm. A curse and talk of werewolves. A baffling murder. But I just could not get into the book the way I wanted. The plot felt choppy and disjointed, jumping from one unrelated thread to another, none of which came together at the end. It felt like three separate stories had been jammed into one novel. The central mystery, the murder of retired DA Francis Hardy, incorporated so many cliches that it started to feel like I was trapped in a game of Clue. The locked room murder at the heart of this mystery was easily explained within a few pages and wasn’t really a locked room at all. The escaped convict pretending to be a detective has been done so many times already that I found its presence in this novel jarring.

I know that Phillip Margolin was writing a tribute to classic mysteries like Agatha Christie, but I felt it could have done better and came across more like repeating what has gone before that homage. 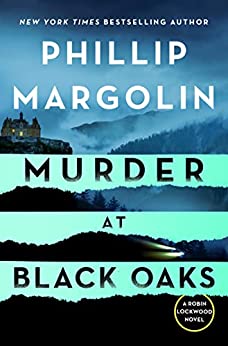 The Unheard by Nicci French

The Island by Adrian McKinty